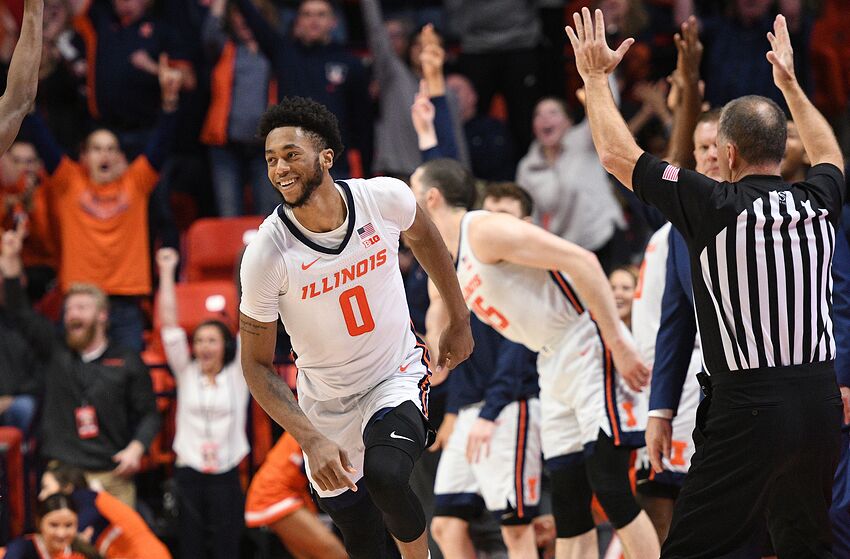 The Illinois basketball team is winning for the first time in a long time and it is awesome to see.

I can’t tell you the last time this program has had this type of buzz. The Brad Underwood era started off rocky but is getting back on track with a 12-5 record overall and a 4-2 Big Ten record through about half of the season.

This great start to the 2019-2020 campaign has landed the Illini in second place in the conference. They are right behind Michigan State, who we were pounded by but the Spartans lost by almost 30 to Purdue over the weekend. Sometimes I don’t understand the Big Ten.

During the past eight seasons, Illinois failed to crack the top seven in the Big Ten. The best finish in the Big Ten was seventh place – two times – but one of those seventh-place finishes, there were only 12 teams in the conference.

Let’s just say, there are a lot of people alive today who don’t remember the last time Illinois was this competitive. That is a mixture of sadness and disappointment all blended into one. But things are turning around for the Orange and Blue.

Seeing Illinois up at the No. 2 spot in the Big Ten is exciting. If we can continue playing the stout defense that has been on display the last few games, then I have no question we can be in the mix for a regular season conference title. Yes, I said it. We could win the Big Ten regular season.

Next: 3 observations from the Illini win over Rutgers

It wouldn’t shock me to see the Illini ranked when the AP poll comes out today. I believe we have earned a spot in the coveted top 25. But none of that matters right now. Every game is a one-game season. I believe we can win this conference. I believe this can be a special team.